The 7 Best Places for Digital Nomads in South Korea

South Korea is a great country to consider for digital nomads looking to move to Asia. Despite being a modern and advanced country, it still embraces its historical past, with many cultural and historical attractions scattered around the country. In South Korea, modern skyscrapers sit by side temples, palaces, and UNESCO World Heritage Sites.

As a digital nomad in South Korea, you will find many good reasons to stay in the country. Internet speed in the country is excellent. In fact, Seoul is one of those cities with the fastest internet speeds in the world, which is what most digital nomad wants. As a highly developed country, South Korea has good infrastructures, making it easier for westerners to adjust. It also has many western restaurants and supermarket chains for when you crave home comforts.

Seoul is one of Asia’s most developed cities. The city is vast, home to almost ten million people. Aside from the modern infrastructures, digital nomads in South Korea love Seoul for its incredible nightlife, fascinating history, and rich culture.

Seoul is a city that never sleeps, with bright lights that run all night and bustling energy that’s very captivating. The city’s street food scene is interesting, offering everything from traditional fish cakes to grilled meats and out-of-the-ordinary treats. You won’t get bored living in Seoul as a digital nomad since you’ll find many things to keep you entertained. Aside from indulging in delicious street foods, you can explore historical attractions like the Gyeongbokgung Palace and Bukchon Hanok Village.

There is no doubt that Seoul is the best digital nomad city in South Korea. However, this comes with a price, as living in the city can be expensive. You can spend approximately $2,192 per month living as a digital nomad in Seoul. You’ll also find the accommodations a bit pricey, with a studio apartment costing an average of $823 per month to rent.

As a top city for digital nomads, there are numerous co-working spaces around Seoul. In Coworker, you will find more than a hundred co-working spaces listed in Seoul, but the best ones are Spaces, Regus, Blue Pebbles, and The Executive Centre.

Also called “South Korea’s Hawaii,” Jeju is a volcanic island home to beautiful beaches and stunning natural landscapes. Thus, you will have plenty of incredible attractions to explore when you’re not at work. Jeju Island is also a haven for nature lovers and those who love outdoor adventures. Here, you’ll find many scenic trails to conquer. Avid surfers can catch some waves on one of its beaches, and those who love culture and history will find many unique museums to see.

Another great reason for moving to Jeju Island is that living here is more affordable compared to Seoul. The average cost of living for digital nomads is $1,627 per month. You’ll also find the accommodations here are cheaper, costing an average of $374 per month.

Unlike Seoul which has plenty of coworking spaces, there are only two co-working spaces in Jeju, as per Coworker. These are O-peace Jeju and J-Space. Nevertheless, there are many good cafes all over the island with good Wi-Fi speeds and are ideal for working.

You will have plenty of fun things to do in Busan when you’re out of your work desk. The best part is that getting around the city is easy. It has a decent public transportation system, taking you to the city’s top attractions. Visit the Busan Tower, Beomeosa Temple, and the Gamcheon Cultural Village. If you’d rather spend your free time chilling out at the beach, head to Haeundae Beach, also home to the Sea Life Aquarium.

While living in Busan as a digital nomad comes with many perks, there’s also a downside. The cost of living is quite expensive since you could spend an average of $2,113 per month. Moreover, the cost of accommodations is also on the higher side, with a studio apartment costing around $500 per month.

If you find that you’re more productive working in co-working spaces, you’ll find plenty of opportunities to do so in Busan. Coworker lists down eight co-working spaces in the country, but the best ones are Pathfinder and The Cave Busan.

Gwangju is not one of those cities popular for digital nomads in South Korea. However, those who ventured into the city have found it a beautiful place to live, with its scenic vineyards, rolling tea plantations, and endless rice fields. If you’re someone who prefers to live in a more laidback city with plenty of natural sights to explore on your break, Gwangju is perfect for you.

Gwangju offers a blend of cultural and modern attractions. Some of the city’s most popular attractions include the Asia Cultural Center, Penguin Village, and Dwinggul Cave. Another great thing about living as a digital nomad in Gwangju is the affordable cost of living. Compared to Seoul and other South Korean cities, Gwangju’s cost of living is relatively cheaper, averaging $1,786 per month. For a one-bedroom accommodation, you can spend approximately $470 per month on the rent.

There are still not any coworking spaces in Gwangju. However, you can work at coffee shops and tea houses with good Wi-Fi, if you feel like working outside of your apartment.

Daejeon will not come to mind when you think of digital nomad cities in South Korea. It’s a small city in the central region, about 50 min away by train from Seoul. Despite being small, it has plenty to offer for digital nomads. It’s a great option if you want to live in a modern metropolis but prefer a quieter and smaller version of Seoul.

One of the great things about living in Daejeon is that getting around is pretty easy, thanks to its efficient and cheap public transportation. The city has beautiful attractions, too, so you will have plenty to keep yourself busy with when you are not working. You can visit a theme park called the Daejeon O-World, explore the National Science Museum, or enjoy nature at the Hanbat Arboretum.

It’s cheaper to live in Daejeon than in Seoul. The average cost of living in the city is only $1,742 per month. You will also find the accommodations cheaper here. Studio apartments can be rented at an average of $449 per month.

There’s not any coworking space in Daejeon yet. Your best alternatives are cafes and tea houses, which are abundant in the city.

Suwon is the capital of Gyeonggi Province, located in the northwestern part of the country, renowned for the 18th Century Hwaseong Fortress, a UNESCO World Heritage Site built by King Jeongjo of the Joseon Dynasty. Like Daejeon, Suwon is not as popular as Seoul or Busan. Yet, it is a beautiful city to live in for digital nomads in South Korea.

While the Hwaseong Fortress is the main attraction in Suwon, there are many other attractions to see in the city. You can visit the Haenggung Palace, Hwahongmun Gate, and Paldalmun Gate. Indeed, Suwon is a fascinating place to live. Unfortunately, the cost of living here is a bit expensive. You could spend an average of $2,146 per month, and that’s about the same amount in Seoul.

There are no coworking spaces in Suwon, but you’ll find many great cafes that offer free Wi-Fi, where you can take up some work.

Daegu is one of South Korea’s largest cities and a haven for digital nomads who love culture and history. If you are tired of Seoul and want to base yourself somewhere that allows you to explore nature in your free time, Daegu is an ideal place to consider. It’s home to the Biseulsan Recreational Forest, famous for its stunning rock formations, beautiful streams, and rugged cliffs.

While many digital nomads in South Korea would overlook Daegu in favour of Seoul and other cities, it’s a beautiful place to live. Daegu boasts a highly developed fashion industry, thus, called” Korea’s Fashion Capital.” It’s also home to the Samsung Lions, South Korea’s prolific baseball team, and has a solid reputation for being one of the country’s friendliest cities.

You will have everything you need as a digital nomad living in Daegu. Like Seoul, it has excellent internet speed and a great public transportation system, making it easier to travel from one place to another. Compared to other digital nomad cities in South Korea, Daegu has a lower cost of living, which averages $1,782 per month. You will also find many decent accommodations that are not too expensive to rent. The average monthly rent for a studio in Daegu is only $381 per month.

According to Coworker, Regus has a branch in Daegu located at the Dongdaegu Station. You will also find plenty of great cafes all over the city, conducive for working. 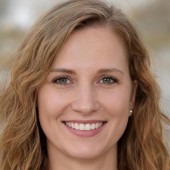 7 Fun Things To Do In Penang, Malaysia